Globalization is a process of integrating the domestic economy with other economies of the world. The Circular Flow of Income has been an age old concept which now gives rise to the revolutionary concept of GEFC. The idea of GEFC is to necessarily capture the essence of the operations of an
economy and subsequently understand the various economic changes in such a dynamic environment.

Despite of being a time consuming process, we make attempt to understand in a non-conformist manner through the Global Economic and Finance Cycle. Decisions pertaining to setting up of projects, recruitments, mobilization of funds, disbursal of funds have to be taken, considering the growth potential, demand, government policies, the possibility of international trade and so on. 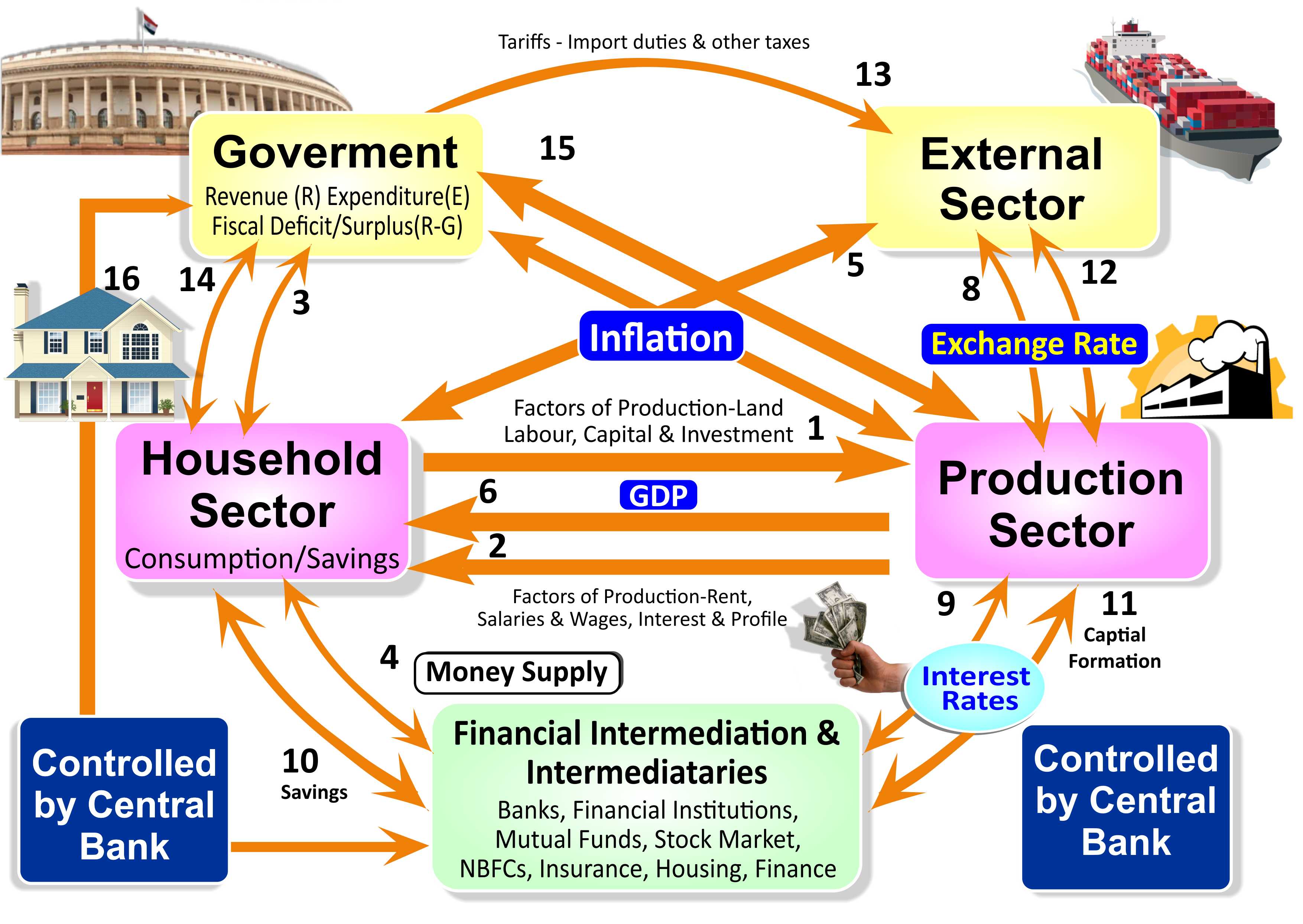 In order to simplify our understanding of the economy, we break it into the five sectors of our GEFC Model.